Red carpet season is upon us and we’ve had fun collecting examples of glamorous Jewish celebrities that have tied the knot! Keep reading for a list of our 10 favorite Jewish celebrity weddings.

1. Drew Berrymore and Will Kopeland were married in a small, traditional Jewish ceremony. According to The Celebrity Cafe, “We had a very traditional wedding ceremony with Rabbi Rubenstein and I did the ketubah. We wore the yamakas and we did the chuppah … it’s a beautiful faith and I’m so honored to be around it.” 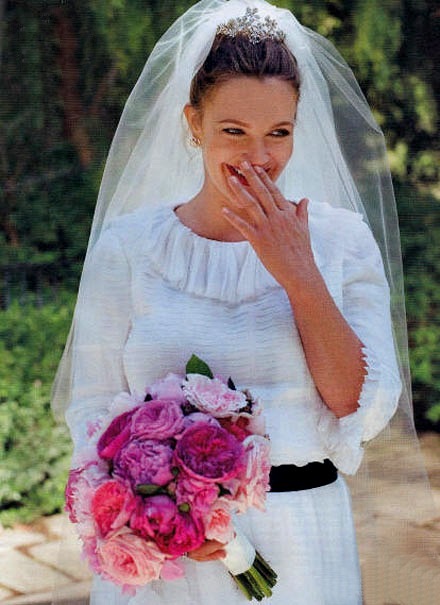 2. Adam Sandler and Jackie Titone were married in Malibu, CA. Even their bulldog, Meatball, wore a yarmulke as he brought the rings down the aisle. 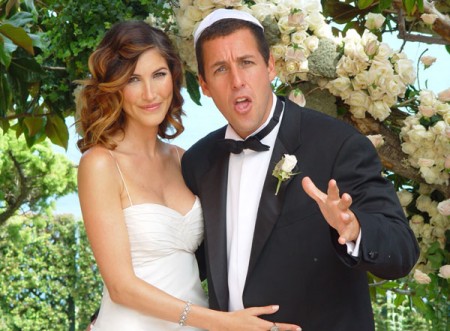 3. Ivanka Trump & Jared Kushner were married in an Orthodox Jewish ceremony by the prominent New York Rabbi Haskal Lowenstein. According to The Jewish Journal, Ivanka commented on her decision to convert to Judaism by saying “it’s been an amazing and fulfilling experience for me …One of the jokes I first started making when Jared and I first started dating is, I’m a New Yorker, I’m in real estate. I’m as close to Jewish, with an ‘i-s-h’ naturally as anyone can start off.” 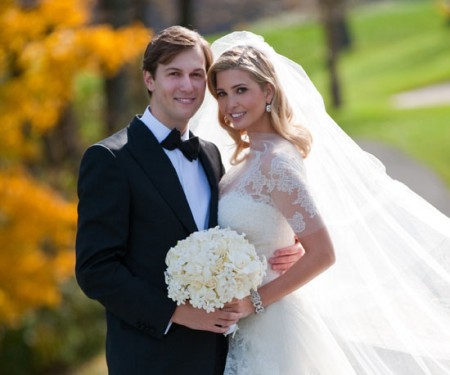 4. Sacha Baron Cohen & Isla Fisher were married in a small ceremony in Paris. According to Hello Magazine, prior to the wedding Isla said: “I will definitely have a Jewish wedding just to be with Sacha. I would do anything – move into any religion – to be united in marriage with him. We have a future together, and religion comes second to love as far as we are concerned.” 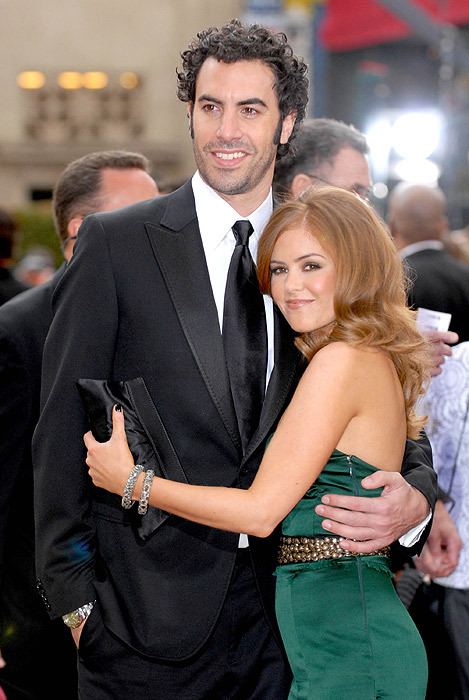 5. Seth Rogan & Lauren Miller were married in a Jewish ceremony in Sonoma, California. According to the Daily Mail, “the couple’s ceremony was officiated by a female rabbi, and they exchanged their wedding vows at the top of a hill that was surrounded by vineyards.” 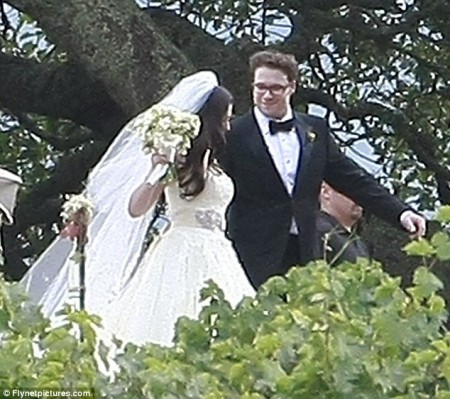 6. Top Chef’s Gail Simmons and Jeremy Abrams were married in New York. According to Martha Stewart Weddings, they exchanged vows under a wood and cloth chuppah with quince branches and passionflower vines. 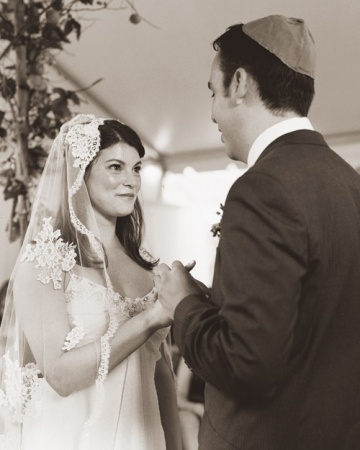 7. The Bachelorette’s Ashley Hebert & JP Rosenbaum were married in an interfaith ceremony in Pasadena, CA. As reported by USA Today, “Jewish traditions…were important to J.P., including him in a yarmulke, they signed a ketubah and they were lifted up in chairs for the traditional Hora dance.” 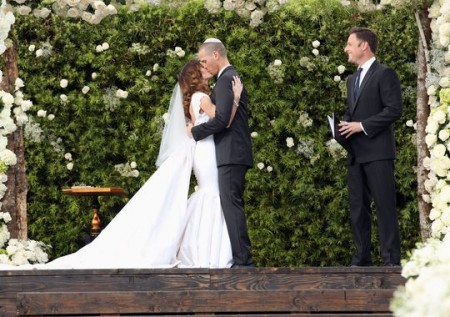 8. Chelsea Clinton & Mark Mivenksy were married in an interfaith ceremony officiated by a rabbi and a methodist reverend. According to USA Today, “The ceremony included numerous Jewish traditions: They wed under a canopy, he wore a skullcap and prayer shawl and friends and family recited the seven blessings key to a Jewish wedding. However, Shillady, a Methodist minister, co-officiated at Saturday’s early evening ceremony and it took place before the end of the Jewish Sabbath.” 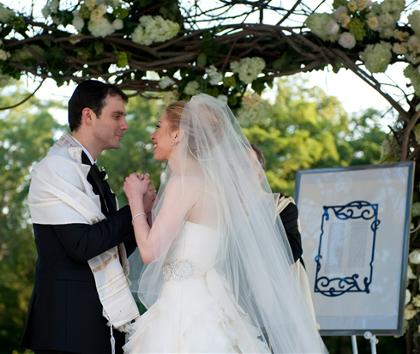 9. Natalie Portman and Benjamin Millipied were married in a Jewish ceremony in Big Sur, CA and were wrapped in a tallis during the service. 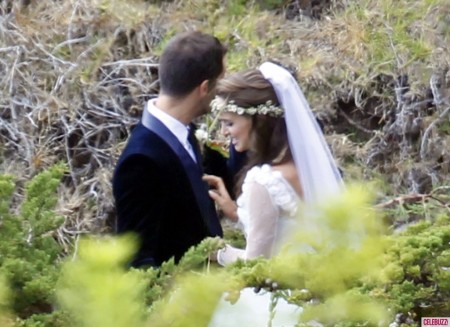 10. Anne Hathaway and Adam Shulman were married in Big Sur, CA in an interfaith ceremony officiated by both a priest and a rabbi. 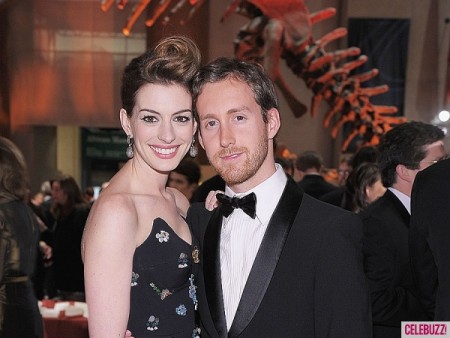 Did we miss your favorite Jewish celebrity wedding? Let us know in the comments below!